Portraits Of The Unremembered

Inspired by a bespoke workshop for The Horton’s volunteers researching the history of Epsom’s Hospital Cluster, artist Georgia Kitty Harris has created an incredible collection of patient portraits from the turn of the twentieth century.

Working from found photographs, her practice of portraiture is a study on recreating the moment that photograph was taken. Georgia explored the archives at  Surrey History Centre to view original portrait photography from medical case files from what was then called the Manor Asylum and Ewell Epileptic Colony (St. Ebba’s). They have been painstakingly portrayed in graphite.

You can find out more about the people portrayed in the exhibition, from Georgia’s research notes, published here.

More of Georgia’s work is included in the permanent exhibition at The Horton, Epsom Hospital Cluster Heritage Exhibition. 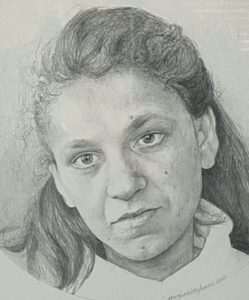 On admission she had a bruise on her pelvis and her left leg was in a plaster cast. Her address was listed as Oxford street but there are also notes from a workhouse in Mile End so I’m not sure.

“She is disinterested in her surroundings: apathetic and at times very emotional; lives in dread of immediate death on account of some imaginary internal swelling.”

Under history it said: “ 1st attack. 2 weeks. Causes: injury to ankle. No heredity. On May 28 1902 fell from a gallery in Crystal Palace, fractured her ankle and was sent to London Hospital for 2 weeks and on coming home was strange in her mind. Was sure she was going to die. Was sleepless. Screaming much at night. She gradually got worse and was sent here.”

Alice was at the hospital from June till November of that year. Over time they noted that she lost her delusions and brightened up. Also apparently when she was admitted her pupils weren’t the same size or reacting to light properly but by August they had become equal again over time. In November she was sent home for a trial for four weeks before being officially discharged in December as recovered. 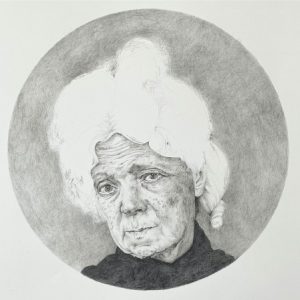 She was a widowed housekeeper and was diagnosed with chronic mania. Although she came to Epsom in 1899 her original reception order was dated 17th September 1877, so I don’t know if that means she had been bounced around from different asylums since then.

The description of her mental state said: “She hears voices and is delusional. Says Mr Arnaud came here with her. He is here. She heard his voice this morning calling to her, and saying he was waiting for her. The Duke of Cambridge has given her her freedom.” 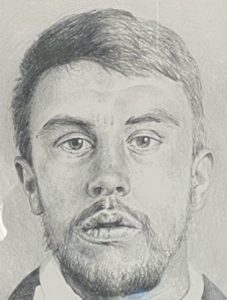 Admitted 27th August 1903, aged 23. His original reception order was dated 15th October 1897 and he had previously been at Banstead. He lived in Bermondsey.  He had no occupation but that’s not surprising as he was 17 when he was first hospitalised. He has one insane relative listed as his mother. And it was noted that he was dangerous by assault. His mother stated that, “he could not be trusted on an ordinary errand and that he was subject to paroxysms of dangerous excitement.”

Diagnosis: epileptic insanity (although at the top of the original form where it said epilepsy they’d written not, apparently his epilepsy came on when he was 21 but he’d already been at some asylum for four years by then.)

“A sharp and at the same time simple minded and somewhat mischievous imbecile.”

In 1904 there was a note saying “the age at onset of fits mentioned above in admission notice must in the light of history from friends be revised. It was obtained from statement from Banstead that ‘fits did not appear until he had been in the asylum 4 years: it seems however that they began at 6 months and continued till 10 years after which age he did not have any at home.’ I don’t know whether this means that George had friends that had visited him who they spoke with to get more information.

George worked on the farm and they said he was a good worker but could get upset over what they regarded as trifles and loses self control. He was mainly in good health despite having sometimes up to 17 fits in 3 months. They gave him different combinations of medicines to with varying effects noted. Something which I can only make out as Bromide.

In February 1908 he was complaining of a toothache and back pain and had a fever of 102. He was put on a diet of milk and eggs and he remained in bad health on and off for months. “A suspected case of tubercula.” He became weak and emaciated and in April they made a note that they would “put out on the veranda of pine whenever the weather was suitable”, which was probably to get some fresh air if he was bedridden. He eventually died on June 10th at 7:40pm. Cause of death was “extensive tuberculosis of both lungs. And dilation of left kidney.” 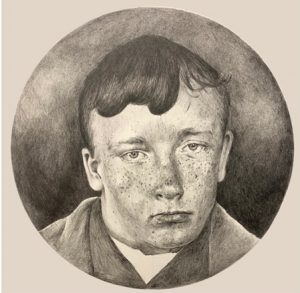 Henry was a single labourer and his previous abode was listed as St. Marylebone Workhouse.

He was described as: “an epileptic with severe fits at intervals. Before his fits he has headaches and feels dull and stupid. He becomes sullen and bad tempered and threatens what he will do to the people who put him away when he gets out. Apparently has little self-control.”

Another comment listed his fits as, “of a type likely to lead to permanent insanity.” He managed to escape on two occasions. Once on 5th June 1900 he escaped from a working party and walked all the way to London before returning of his own accord the following morning. I couldn’t see the date of the second escape as the paper was damaged but it happened at 7:25 pm. He forced a window in the dormitory annex and was captured the next day at 9:45 am and brought back to the asylum.

Henry was eventually transferred to Colney Hatch Asylum but I don’t know what date that was. 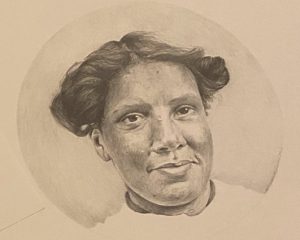 “She is very depressed and cannot be kept in the bed under the delusion that children are being outside the ward. She is constantly answering imaginary voices and attempts to get to them by smashing the window. Crying all day.

“Master of Lambeth workhouse states she persists in saying she hears her family calling her and the screams of being flogged. She is constantly trying to get out to these imaginary people.”

After she had been there a while she became more lucid and they got a little more personal information out of her.

“Father is living and ‘works in a solicitors office in the city.’ Mother died 7 years ago rather suddenly, cause unknown. She cannot remember when she went to school or how old she was on leaving. Has been a dancer at the ballet since a young girl, but her memory about her theatre days is very blurred. Appears to have travelled about Europe and especially recalls Paris. This amount of information was recited with much difficulty and she had rapidly tired. Says she is English and has never heard of foreign blood in her veins. She is however very swarthy and dark complexioned, and her hair is jet black and eyes dark brown. There is a suggestion of negro extraction. A specific history is not excluded but she is too confused to give any reliable statement on the subject.”

After this entry on January 23 1911 Alice was transferred “unimproved” to Colney Hatch. 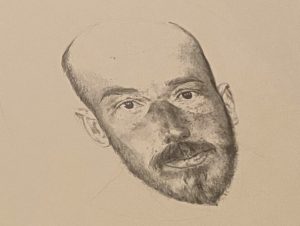 “He writes and talks nearly all the time upon religious matters. He fancies that has been dead and has received special inspirations. He sees visions and preaches upon the text given him in these visions. He becomes most excited, demonstrative, incoherent and noisy if listened to for long and is quite unconscious of what he is saying and doing.”

Whilst there he would not work. And could become violent and abusive and try to smash whatever he could reach. He didn’t improve while there and he was eventually transferred to Banstead Asylum. It said “discharged as relieved”.

There was only one Manor Hospital male case book and it had water damage along one side so I couldn’t see any of the dates while he was there, or when he left. There were only 6 individual entries though. 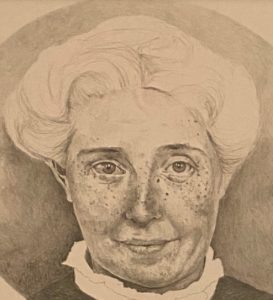 Her original reception order was dated June 5th 1891, she was transferred from Bethnal House.

Mental state: “Has delusions that she is a sacrifice of atonement for the Queen because she is loyal and the republicans [a word here I couldn’t make out] her and plot against her on this account. Has number of delusions of persecution. Thinks that her hair was bleached and other similar things done to her at Bethnal House. Exhibits some dementia, giggles and laughs without cause and talks incoherently about the red white and blue and messiah. Is excited.”

Kate didn’t change much whilst she was there. She worked in the laundry and by all accounts was pretty much cheerful and chatty, even if what she was talking about didn’t seem rational. She thought she was shut up for all different types of reasons ranging from religion to at one point thinking she was involved personally with the Shah of Persia.

I know Kate was at the Manor until at least May 28th 1913, but then her notes were continued somewhere else so I’m not sure what eventually happened. 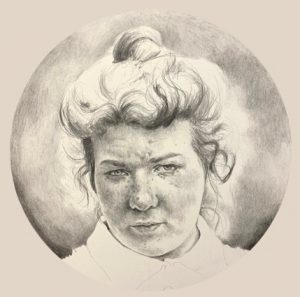 She was single and worked as a domestic servant.

Her previous abode was Paddington Workhouse.

The workhouse attendant made the comment that she would get up out of bed at night and throw things about the ward. This was said to be her first attack and had lasted one month, she was diagnosed with acute melancholia.

A description of Jenny’s mental state was: “vacant in appearance, silly in conversation – laughs fatuously without cause. Highly delusional – states that she has been spiritually married, that she thinks the world is coming to an end and that everything is so strange. She thinks she is neither in heaven or earth, but between the two. Reactions to questions slow – memory somewhat impaired.”

After a few months she decided she was on earth now and was no longer married and throughout the year and up to April 1903 the reports on her progress were that she was improving and working well in the kitchens. Unfortunately, the next entry in May stated that her original delusions were back, and from then on she began to decline. They noted that she was abusive and restless and “refuses to have her hair done up.”

Jenny said that pains in her head were caused by electricity and threatened to kick and slap staff, believing them to be wrongfully detaining her. She also threw a book in church at the chaplin.

Her physical health remained good and she was working in the needleroom when the last entry was put in. On 25th July 1904 she was discharged, relieved to the care of friends, despite still retaining all her previous ideas and hallucinations.

Georgia Kitty Harris studied at Kingston and the Royal College of Art. To find out more, visit: georgiakittyharris.com

If you would like to support The Horton’s heritage activities, and shine a light on more of the unremembered people and stories  – please donate here.

Find out more about The Horton Arts Centre, Epsom or join our mailing list for the latest updates.