Comedy at The Horton – February 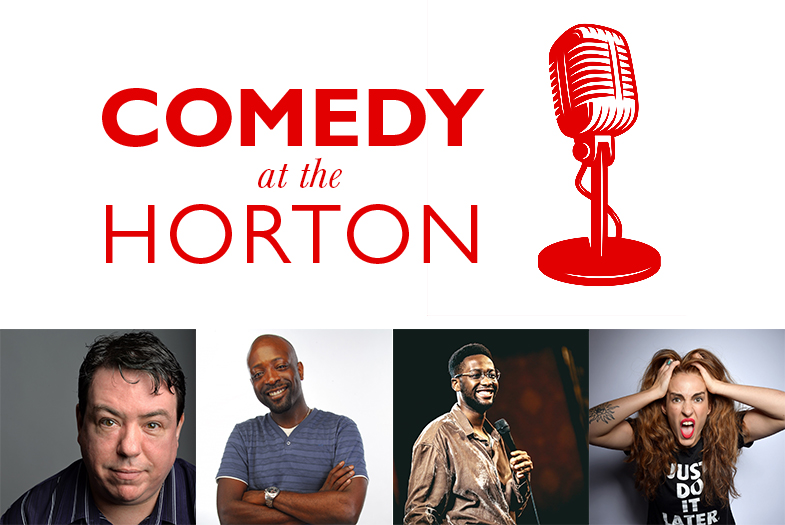 We welcome back the return of our top-class comedy night for your laughing pleasure. Now featuring FOUR comedians…

This month’s comedy delights are delivered by non-other than Matt Price, Tadiwa Mahlunge, Jason Patterson and headlined by Esther Manito.

“A comedian with keen instincts, and punchlines often delivered with a nice turn of phrase and a vivid metaphor.” Fest Mag

“Still a relatively new comic, she’s got her wired persona nailed down hard. Manito is a performer with undeniable stage presence.” The Scotsman

An Arab Essex girl who will challenge every single preconception of what that means.

“Very bloody funny. And neither too tall nor too short, which is great.” Aisling Bea

Billed as “one of the country’s top new comedy acts” by The York Press, Tadiwa Mahlunge has performed at, among others, the Latitude, Greenman, and Greenwich Comedy Festivals – alongside the biggest names in comedy – and has provided tour support for Kiri Pritchard-McLean and Jessica Fostekew, and TV warm up for Desiree Birch’s Amazon Prime special.

As seen on BBC 1, BBC 2, BBC Sesh, Dave, Comedy Central, UTV, Comic Relief and heard on BBC Radio Wales and BBC Sounds – Tadiwa Mahlunge has established himself as one of comedy’s hottest prospects. As such, he has been selected for the 2022 Pleasance Reserve.

★★★★
“One of the best storytellers on the circuit”Artshub Australia

Matt Price has performed in 30 countries, including Turkey, Cambodia, Australia and Russia. He is a big friendly guy from Cornwall. He likes to tell stories, he tells jokes and interacts with a crowd in a way that makes everyone in the room feel good.

Matt also hosts the “Conversations with Criminals” podcast in which he interviews retired criminals and ask them about their lives. It was described in Crime monthly magazine as a “podcast sensation”.

Matt’s stories are from the wilder side of life but surprisingly easy to relate to.

Winner of the Laftas Rising Star Award, Jason Patterson is a versatile and engaging comedian.

*A £1.50 booking fee applies per ticket when booking online and in person. The booking fee covers costs charged to the charity for the booking system and payment processing.